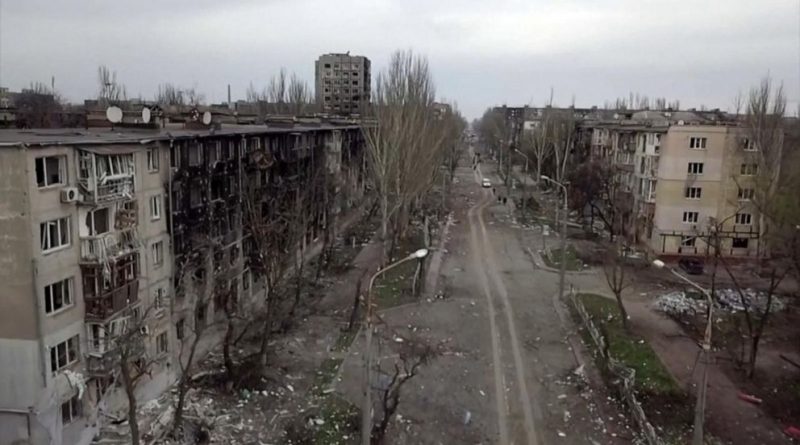 U.N. Secretary-General Antonio Guterres is requiring a four-day “humanitarian time out” in combating in Ukraine, starting Thursday to coincide with Orthodox Christians Holy Week observancesBy JENNIFER PELTZ Associated PressApril 19, 2022, 4:35 PM – 2 minutes readShare to FacebookShare to TwitterEmail this articleUNITED NATIONS– U.N. Secretary-General Antonio Guterres called Tuesday for a four-day “humanitarian pause” in fighting in Ukraine, beginning Thursday to coincide with Orthodox Christians Holy Week observances.Noting that the Easter season is coming in the middle of a heightening Russian offensive in eastern Ukraine, the U.N. chief stated the need for a “humanitarian pause” is even more urgent.”The attack and terrible toll on civilians we have actually seen so far might fade in comparison to the scary that lies ahead. This can not be enabled to occur,” he told reporters, urging Russians and Ukrainians “to silence the guns and create a path to security for many at instant threat.”Guterres said the proposed time out would enable leaving civilians from “existing or anticipated locations of fight” and getting more humanitarian aid into desperately needy locations such as Mariupol, Donetsk, Luhansk and Kherson. More than four million people in those areas need help, Guterres said.His remarks came a day after U.N. humanitarian chief Martin Griffiths suggested “maybe there will be some ripeness” for a cease-fire as the Orthodox Easter holiday methods. Griffiths had taken a trip to Ukraine and Russia earlier this month to try to gauge the potential for a cease-fire and emerged stating he wasnt optimistic at the time.Griffiths on Tuesday brought up the concept of a Holy Week time out with the Ukrainian Council of Churches and Religious Organizations, an interfaith group, Guterres stated.”The four-day Easter duration need to be a moment to unify around enhancing and saving lives dialogue to end the suffering in Ukraine,” Guterres said.The proposition comes after the U.N. recently helped to foster a two-month truce in Yemens civil war, stopping combating as the Muslim holy month of Ramadan started.